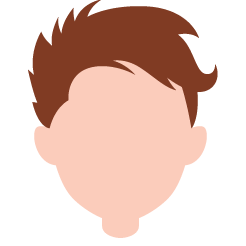 Not only do we now get so much entertainment online, but more and more we have internet capability enabled on appliances, like the fridge and washing machine. I can't wait to see where this technology is leading and as an electrician I know that I'll be involved in getting working in peoples houses. It's important for me to stay up to date on trends and not only know what the latest devices are, but also how to troubleshoot any issues that come up. This site has some how-to guides and articles to help you as an electrician or DIY-er keep on top of the latest developments in smart devices.

The main advantages of LED light bulbs are now reasonably well known: they burn more efficiently and last far longer than traditional lighting options. However, while these benefits are compelling, they don't mean that LED lightbulbs don't have any disadvantages. Before you decide whether to use them in your home, remember to consider the following points.

LED light bulbs aren't as expensive as they used to be, but they still cost significantly more than conventional lighting technologies. This is due to the complexity of the circuitry, so prices aren't likely to drop too much in the future. Of course, LED light bulbs will typically pay for themselves over the years, but a larger initial payment makes a more noticeable dent.

They're Sensitive to Temperature

LED bulbs are typically made from aluminium since this material conducts heat well. LED bulbs get very hot, and need inbuilt heatsinks to remain cool and effective. However, even with these included, LED bulbs can overheat when used in overhead fixtures, recessed ceilings, or sealed fixtures since the heat has nowhere to go. LED bulbs are only ideal where fixtures are unsealed and airflow is optimal.

They Change as They Age

LEDs might last a long time, but they don't age perfectly. The light which they produce tends to change colour as the years go by, something which can also be affected by temperature. This becomes more noticeable with more than one LED bulb in the room, since the separate colour characteristics will become more noticeable.

The heatsinks used to stop LED light bulbs from overheating also serve to make them heavier than other options. This makes them unsuitable for use in lamps with adjustable or bendable parts.

Their Light is Directional

Early LED light bulbs essentially emitted lighting the same way as a torch, with one strong beam which didn't enjoy a very effective spread. This wasn't ideal for lighting rooms, and often led to a spotlight-like effect. The problem has been counteracted somewhat by recent advances, but LEDs still emit light in the same general pattern, with the beam coming straight down. Most people find the glow of an incandescent bulb more comforting, while LED bulbs favour modern, minimalistic styles.

LED light bulbs are still an excellent investment, but it's worth taking these points into account before you buy. For a second opinion, consult local electricians like Barry Allen Electrical Services.